Do I need a visa to get in?  Almost all English-speaking countries (with the exception of South Africa) require no visa to enter the country, and visitors can stay up to 90 days, which is quite generous. Please note that your passport expiration date MUST be after the date of your intended return if you are a US Citizen, and if you are coming from England, it must be valid for 6 months after the intended date of departure. So check with the Moroccan embassy online in your own country just to be sure. Many countries are moving over to this second, stricter requirement, so it's best to always ensure your passport is up-to-date. You'll need one blank page in your passport for the entry stamp which they will add at customs.

Geography :  Morocco is separated from Europe by 14 km, called the Strait of Gibraltar. Its neighboring countries are: Algeria to the east (the Algerian border has been closed since 1994), on the southern Mauritania and northern Spain, with whom he has strong trade ties and shares both sea and land borders.

Language :  The official language is classical Arabic and Berber , but will surprise the many languages spoken , not official , but they speak Moroccan Arabic , the French and the Spanish especially in the north.

Climate :  The climate varies as the geography of the country , the coast has a warm Mediterranean climate , tempered on the eastern coast by southwest winds , making it a paradise for surfers , inside the climate is hot, dry and continental . The south of the country is very hot and dry for most of the year, with the cold nights in the months of December and January . The rainy season on the coast is from November to March . Summer temperatures are very high and is quite dry. The weather is cooler in the mountains.

Currency :  The dirham ( DH ) is the official currency of Morocco , which is divided into 100 cents.

Do I need any vaccinations before I go?  While this is always a personal choice, the answer about mandatory vaccines in Morocco is NO. For many people, they prefer to err on the side of safety (and the CDC recommendations), and get inoculated against such fun things as rabies and hepatitis (A & B both!).

What language do they speak?   The Moroccans speak a fascinating mixture of Arabic, Berber, English and French - a patois for which we have perhaps only Creole in the US as a comparison. In a single sentence, you are likely to hear several languages, as in, "Mabruk! Welcome, haltu redu café e thé?" 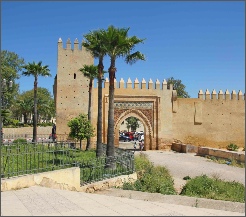 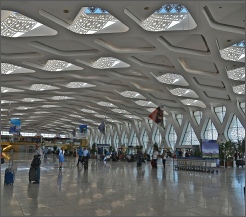 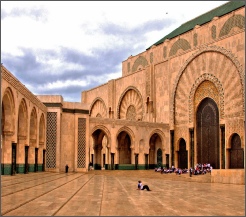